Industry
Turkish industry employs 19.9 percent of the labour force; its major industries are steel/metallurgy, textile and clothing, petroleum products, food, and automotive. Although the Istanbul-Kocaeli/İzmit basin, the Çukurova plain (with Adana as its regional capital), and the Izmir region are still considered the three traditional industrial areas, many other regions, from Kayseri to Gaziantep, and from Adıyaman to Denizli, have emerged in the last twenty years as centres of industrial production. 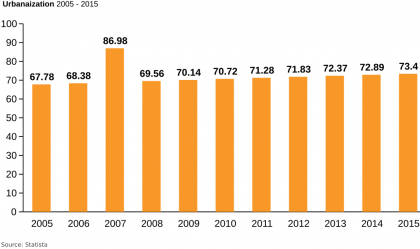 Position in the Global MarketTurkey has long depended on the import of manufactured products, and its agricultural exports have failed to counterbalance this dependence. Since the economic restructuring of 1980-1990, Turkey has encouraged the export of industrial products and developed expertise in the construction field, first in the Arab world in the 1980s and then in the former Soviet Union in 1990s. Turkey is the sixth-largest economy and the seventh-largest trading partner in Europe, on which it depends heavily for imports and exports.

Tourism
The income generated by the tourism sector is expected to reach USD 10 billion in 2012. Domestic tourism is booming in Turkey, but most tourists are foreign. The number of foreign tourists increased from fewer than 10 million in 1998 to 31 million in 2011, generating a net profit of USD 23 billion over that period. This increase can be explained by factors both long-term (an influx of tourists from Russia, Turkey’s attractions, and the low prices) and short-term (instability in Arab countries in 2011-2012). 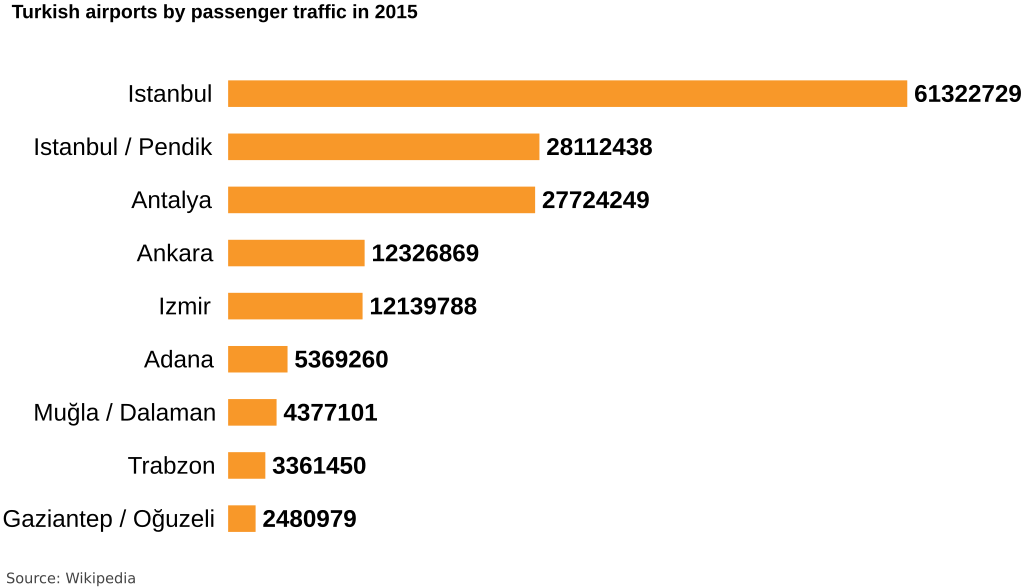 Agriculture
Agriculture is still the occupation of the majority of Turkish people, despite the share of industry and services are raising constantly. Turkey is one of the few self-sufficient countries in the world in terms of food. Turkey's fertile soil, adeguate climate, and abundant rainfall permit growing almost any kinds of crops. The farming is conducted in all of the regions in Turkey, but it's less practiced in the mountainous eastern regions where the main activity is based on animal husbandry which has a share of one-fourth of the gross value of the total agricultural production.Agriculture in Turkey In terms of agricultural lands, Turkey is also one of the largest countries in the world. About 35.5% of the country are arable lands and 15% consists of forests. The cultivated land is around 24 million hectares as per 2015. Around 18.4% of the cultivated land is irrigated. Vegetable products account for 76% of total agricultural production, then animal husbandary, meanwhile forestry and fishing contribute a minimal amount. Fruits and field crops make up the most of vegetable products, wheat being the leading crop. As per the figures of 2015, Turkey is the world’s biggest producer of hazelnuts, figs, apricots and raisins, the 4th biggest producer of fresh vegetables and grapes, the 6th biggest producer of tobacco, the 8th biggest producer of wheat, and the 10th biggest producer of cotton. Tea is also large produced and exported. 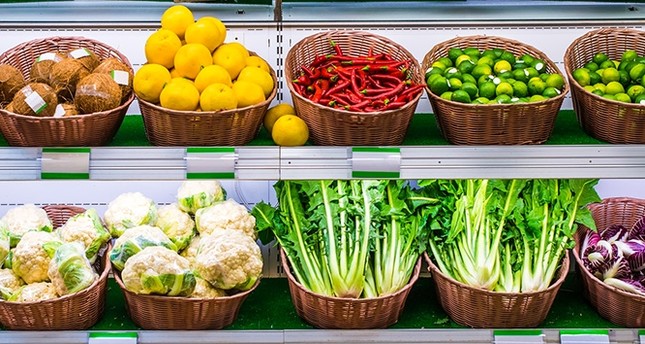