Turkish Coffee and its History

Turkish Coffee and its History

Turkish Coffee, beginning of an era

Turkish coffee was first introduced into Turkey around 1540 or so. History tells us that it was introduced by the Turkish Governor of Yemen – Ozdemir Pasha. He discovered a new beverage in his region. Wisely, he made sure to bring it to the attention of the Sultan Suleiman the Magnificent. 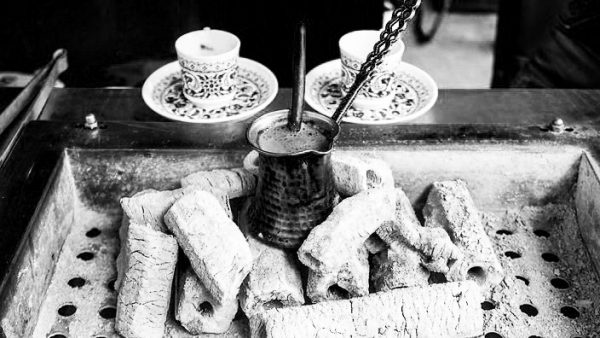 Sultan’s staff decided to try a new method for preparing the drink. They used mortars to finely ground the coffee and then brewed it using a special pot called an “Ibrik”. It was immediately a big hit in the palace and actually became an integral part of Turkish history and culture. The mansions of the elite were the first to get to try this great new beverage. Later it was consumed by the masses and eventually the whole Ottoman Empire.

It was soon being prepared by coffee professionals known as “Kahveci Usta”. They were employed by many palaces as well as by high ranking officials and wealthy citizens. Perhaps a prelude to modern-day baristas. Many of these professionals also went on to open their own coffee houses serving Turkish coffee and other fine beverages.

In 1656 the Ottoman Grand Vizier Koprulu issued laws to shut down the coffee houses. This act came as a shock to the people of Turkey who frequented them. Punishment for breaking the law was extreme and ranged from beating to drowning. It was believed that they served as meeting places for discussing politics and even ways to take down the Sultan. Those in power viewed the coffee houses as a threat and tried to preemptively snuff out the flames of rebellion.

In 1600 many Turkish merchants started selling coffee beans abroad. First, they travel to Venice which was the major trading port of Europe. Later they introduce coffee to England and slowly to the other European countries. Coffee history indicates that the name “Turkish coffee” (Türk kahvesi) comes from the nationality of the coffee traders. 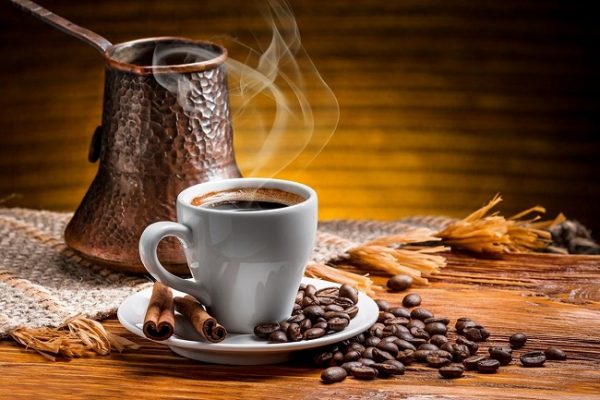 Today the experts of the Turkish coffee history believe that the name derives mostly from its preparing method. In 1657 Sultan Mehmet IV visited France. Among other presents, he gave to King Louis XIV coffee beans. This gesture was the initial introduction of French society to Turkish style coffee.

Turkish coffee history mentions this event as the first step to expand coffee to the rich European countries. In 1683 during the battle of Austria, the Turkish troops left some bags of coffee beans behind. The Austrians discovered the new beverage. They developed it to a new blend.