Turkey recently unveiled Istanbul’s new Airport which is poised to become the world’s largest airport when completed in 2028. 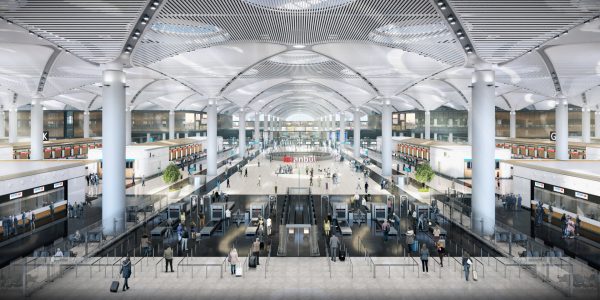 The airport will open in four phases, with the first phase already including the world’s largest terminal at roughly 15.5 million square feet and two parallel runways that span about 12,303 and 13,450 feet in length.

Inside, passengers will find a design drawing from the city’s mosques baths, domes, and historic structures. 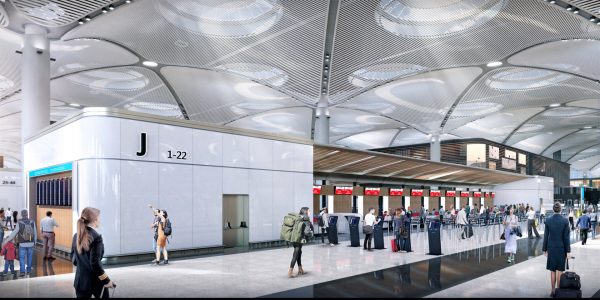 It will also boast the world’s biggest Duty Free shop, incorporating over 400 domestic and international brands at size of close to 570,500 square feet.

The airport will be home to Turkey’s national flag carrier Turkish Airlines, which is currently operating a limited number of domestic and international flights to Ankara, Antalya, Izmir, Azerbaijan, and Northern Cyprus until all of its operations move to the new airport on Dec. 31.

According to iGA, which was created in 2013 to construct and operate the airport for 25 years, the airport will host over 100 airline companies and will fly to over 300 destinations.