The public hammam is still a major part of Turkish culture, a spa of sorts for both cleansing and relaxing. Here’s a roadmap to enjoying a Turkish bath in the traditional way:

Historians don’t know exactly when people started to bathe indoors. But we do know that the Ottoman Turks inherited the Roman bath concept—architecture and tradition—as it existed in Asia Minor. They adapted it to Turkish tastes, and called it “hammam.” Although modern Turks do most of their showering at home, the public hammam is still a major part of the culture, as much a place about cleansing as it is about relaxing. Here’s a roadmap to enjoying a Turkish bath in the traditional way. 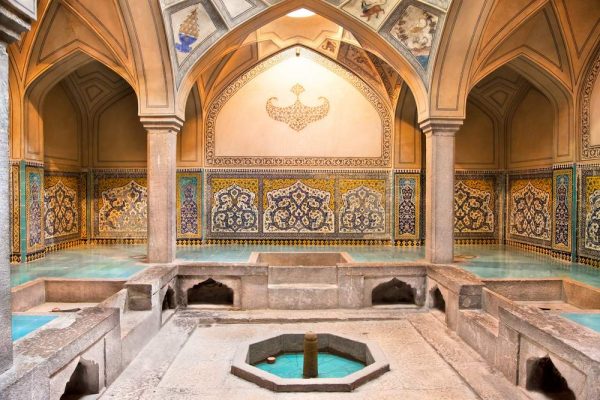 Female and male sections are separated in traditional hammams. Yet the bathing rituals are similar between the sexes. The hammam experience is about leaving yourself in the hands of your tellak or natir, the male or female attendants respectively, who guide visitors through the progressively warmer sections of the bath.

There are a number of different services on offer in most hammans, and you have to sort this out at the beginning. A traditional Turkish bath package includes 45 minutes of washing; traditional body scrubbing with handwoven wash cloth known as a kese; a foam wash; and a massage. 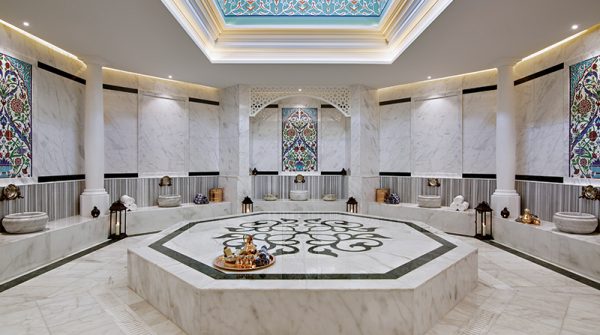 Once you are ready, the bath attendant will take you into the warm section. Here you can relax and sweat next to a kurna, the small marble basin. Next comes the scrubbing, which is done by the attendant. Sit back and relax, and let him or her scrub every inch of your body with the kese. And don’t worry: In most traditional hammams, the washing spaces are separated by marble panels to create a sense of privacy. Once scrubbed, take your place on the warm marble slab called the gobektasi in the hot section, where your attendant is ready with a lacy, foam-filled cloth for a sudsy massage.