The famously known Spice Bazaar among tourists, the large covered bazaar got its name “Mısır Çarşısı” (Egyptian Bazaar) when it was built in 1660 in the city’s busy Eminönü quarter because the taxes were collected from Cairo. Additional names were also given to the bazaar like “Valide Çarşısı” (Valide Sultan Bazaar) and “Yeni Çarşı” (New Bazaar). The Spice Bazaar significantly suffered during the two large fires — in 1691 and 1940. During the Ottoman period, the bazaar was the address of exotic spices as well as herbal medicines and precious textiles. This scene has not changed much as the historic bazaar is bursting at the seams with locals and tourists with its jewelry stores, herb and spice sellers and gift shops. 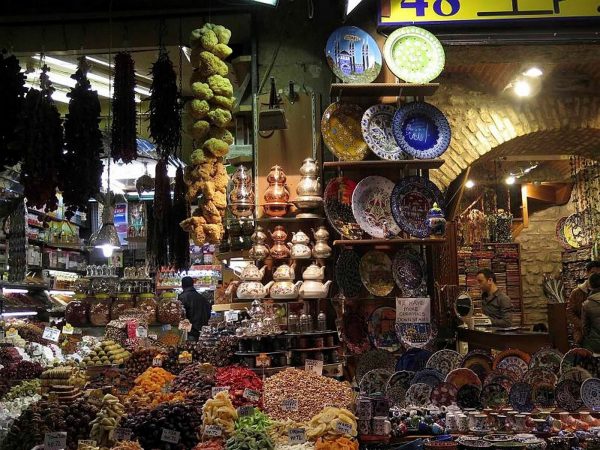 Lying on Istanbul’s historic peninsula, the Grand Bazaar, without a doubt, is a popular destination among expats and tourists looking to find the perfect gifts for their loved ones. Tourists can easily get lost while wandering around the city’s oldest covered market that attracts up to 400,000 visitors daily. With a long history going back to the 15th century, the bazaar is devoted to textile and gem trade and even today the shops at the Grand Bazaar offer some of the best products, ranging from home decor to apparel. The covered bazaar is not limited only to shopping but also has historic restaurants and cafes that suit every taste. 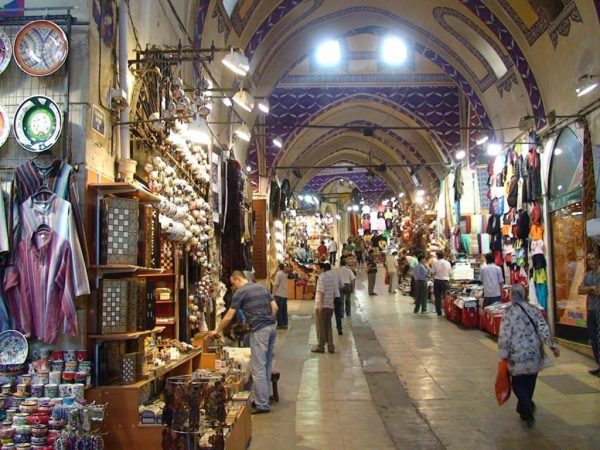 Within the Selimiye Mosque, a masterpiece by Ottoman court architect Mimar Sinan, Arasta in Edirne is a historic attraction with dozens of shops. Ottoman-era traveler Evliya Çelebi describes the bazaar as “Kavaflar Çarşısı” (Shoe Sellers’ Bazaar) in his travel accounts. A symbol of Edirne, the first capital of the Ottoman Empire, the Arasta Bazaar has shops selling Kavala almond cookies, almond paste and beautifully scented “mis” soap as well as handmade brooms with mirrors. 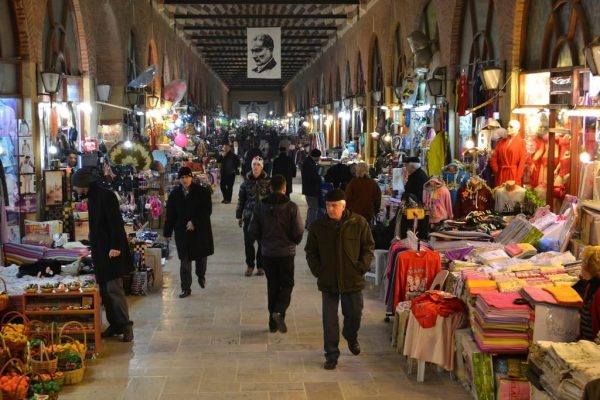 Soon-to-be-married couples head to Bursa’s “Ulu Çarşı” (Grand Bazaar) to shop for their new home. Lying next to the historic Ulu Camii (Grand Mosque), the bazaar has around 120 shops many of which sell towers, a symbol of the city of Bursa. 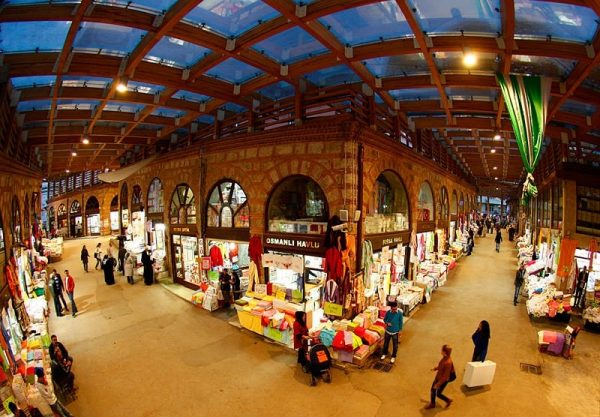 In Antalya’s coastal town of Kaş, Uzunçarşı is a nice place to walk along while shopping and buying some gifts for your loved ones. In the summer, the area is adorned with colorful flowers, bringing a peaceful environment to spend some time during a sunny day. 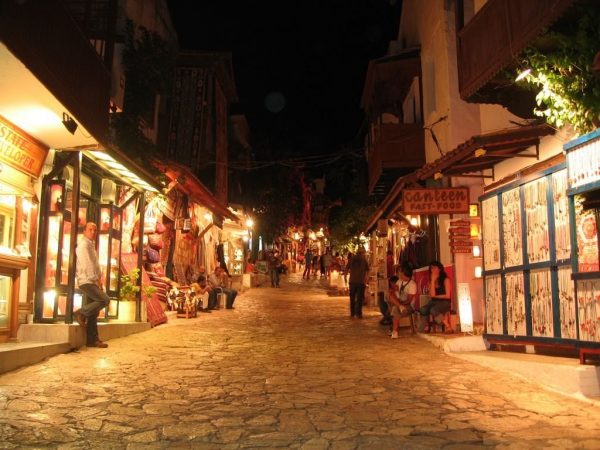